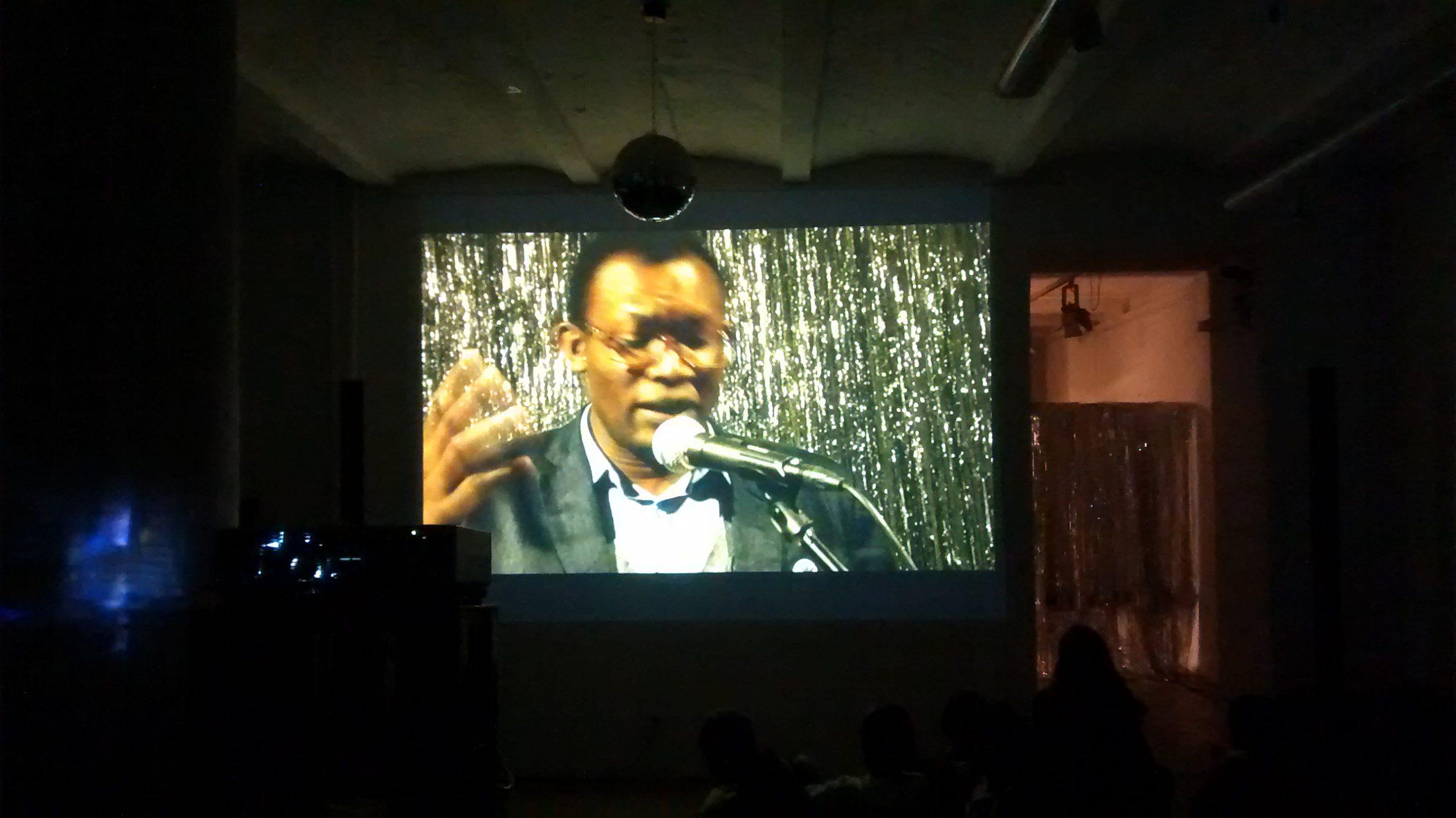 A challenge of being agents in an age of constant email and of representing authors who live in many different countries is to keep finding time for old-fashioned, face-to-face conversations which are still the most satisfying meetings of all. At Pontas Agency we are committed to travelling to our authors whenever we can, and to meeting publishers in between book fairs. The last week of November was a perfect time forJessica Craig to fly to Berlin for a reading event by Fiston Mwanza Mujila and to enjoy some informal meetings with Berlin editors.

For Jessica, it was not only exciting to meet Fiston for the first time after the extraordinary reception of his debut novel, TRAM 83, in the French rentrée littéraire, it was also helpful in reaching a closer understanding of his writing and of his needs as an emerging author who is on the verge of becoming internationally published. “The novel, TRAM 83, is at the moment only available in French which is not a language I can read, but after witnessing Fiston´s highly original and engrossing presentation that combined his recitation of sections of the novel in the style of a performance poet with mesmerizing video clips to create a multidisciplinary experience of the words, I can see what makes Fiston such a talented writer and can better understand his rhythm and vision that make TRAM 83 such an attractive and unique novel. The room ofLettrétage, an avant-garde Literaturhaus in Kreuzberg, packed with schoolchildren who were participating in the project, as well as writers, translators, and literature lovers, felt like the most inspiring place to be that night in Berlin or in any city. Afterwards when I went to a nearby Mexican restaurant with Fiston and his pair of enthusiastic German translators (pictured) it was fascinating to learn from him about his path from Lubumbashi, DR Congo to Europe, and of his love for his adopted home city of Graz.” And for Fiston, meeting Jessica helped him to know the devotion of his Barcelona-based agents.

With Berlin being the best city aside from Munich for meeting German publishers, Jessica also enjoyed pitching new books and catching-up with old friends from Wagenbach, Suhrkamp, Aufbau, Berlin Verlag, Galiani and Ullstein in calm cafes and offices before the end of another busy year. And 2015-2016 will continue to be an exciting time for Pontas authors in Germany with the publications of Fiston Mwanza Mujila´s TRAM 83 (Hanser/Zsolnay), Susan Abulhawa´s THE BLUE BETWEEN SKY AND WATER (Diana Verlag), Chigozie Obioma´s THE FISHERMEN (Aufbau, with a 5-city reading tour!), Blanca Busquets´ THE HOUSE OF SILENCE (Bastei-Luebbe), Milena Busquets’ THIS TOO SHALL PASS (Suhrkamp), Leila Chudori´s PULANG (Weidle), Michelle Cohen Corasanti´s THE ALMOND TREE (Krueger/S. Fischer), Imraan Coovadia´s TALES OF THE METRIC SYSTEM (Wunderhorn), Pete Fromm´s IF NOT FOR THIS (Bastei Luebbe), Sara Lövestam´s HEART OF JAZZ (Rowohlt), Dolores Redondo´s LEGACY OF THE BONES (Bastei Luebbe), Cristina Sanchez Andrade´s LAS INVIERNAS (Thiele)! Many more good reasons for more special times in Germany with authors and publishers!