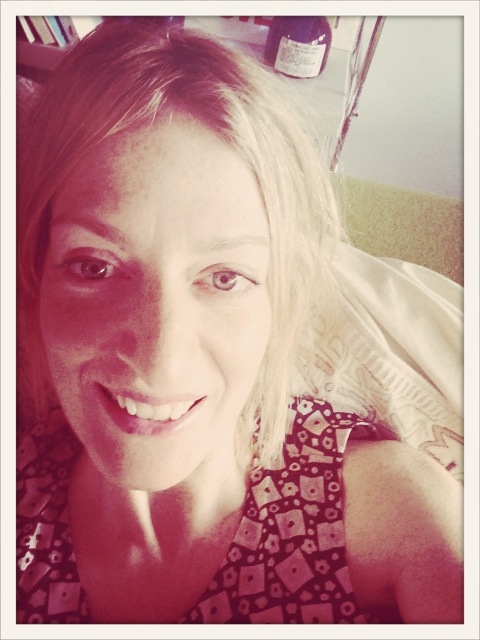 “También esto pasará” (“This Too Shall Pass”) is the special novel by Milena Busquets that has become one of the “pre-Frankfurt hot titles”. Originally written in Spanish language, the reactions from the first publishers who read it have been overwhelming and at the Pontas Agency we´re proud to be able to introduce this new literary voice to the world.

Anagrama were the winners of a 3-way auction (among three very strong publishers) for Spanish rights. Jorge Herralde gave us a beautiful quote to use: “I feel very happy to be publishing this novel! I think that it could be the start of an excellent career as a writer.”

Amsterdam Llibres, an imprint of Ara Llibres, acquired Catalan language rights and will publish simultaneously with Anagrama on February 2015. Izaskun Arretxe said: “I haven’t been able to stop reading it. I really loved it. A lot. And it moved me. A lot. The final epilogue is simply beautiful.”

We managed to send an almost final edited text as a pre-Frankfurt submission and, again, the reactions were immediate and over a weekend we started receiving pre-empts and the most wonderful offers from editors in different countries.

We accepted a pre-empt offer from Giovanna Canton at Rizzoli for Italian rights, who said: “I love the voice of the author, fresh, sincere, genuine and even a little insolent but not rude. I think the way the author avoids clichés on universal subjects is brilliant, plus, I felt identified by many of the reflections of the author: the fear of getting old and of not being mature enough, the regrets of thinking you did not meet expectations of others you care for, the love for books, sex as redemption, the joy of life, the importance of friendship and family.”

And we can now also announce that after difficult decisions in front of many attractive offers, deals have already been concluded with Suhrkamp (for German language) and Meulenhoff (for Dutch language).

Frank Wegner, German editor at Suhrkamp said: “Having read it twice now, I don ́t see any reason to hesitate. (...) My offer comes out of the certitude that the arrival of “También esto pasará” marks the emergence of a genuine author – an author whose literary career we should very much like to help to build up.”

Paloma Sanchez van Dijck, Dutch editor at Meulenhoff said: “This is a beautiful, funny (even at times cynical – which I like!), extraordinarily well written novel. (...) I spent all day today jumping around the office telling everyone about it. What an unprecedented reading experience this is - what an exciting novel”.

What´s the novel about?

Blanca, who has just turned 40, has just lost her mother. She decides to embark on a Summer holiday to the fishing village of Cadaqués, where the family house is, together with her two kids, her two ex-husbands (one for each child), her lover and a bunch of friends. What she finds there, however, is the core of the passionate and complex relationship she had with her deceased mother, who was a well-known intellectual with an overwhelming personality that marked her whole life.The title “This Too Shall Pass” is an adage from a fable indicating that all material conditions, positive or negative, are temporary, a concept that comes up often in the text.

This is a novel bursting with sensitivity, toughness and remarkable absence of self-compliance. Shifting from the heavy and intense to the lightest details and observations, Milena Busquets could be described as a Françoise Sagan of the 21st century.