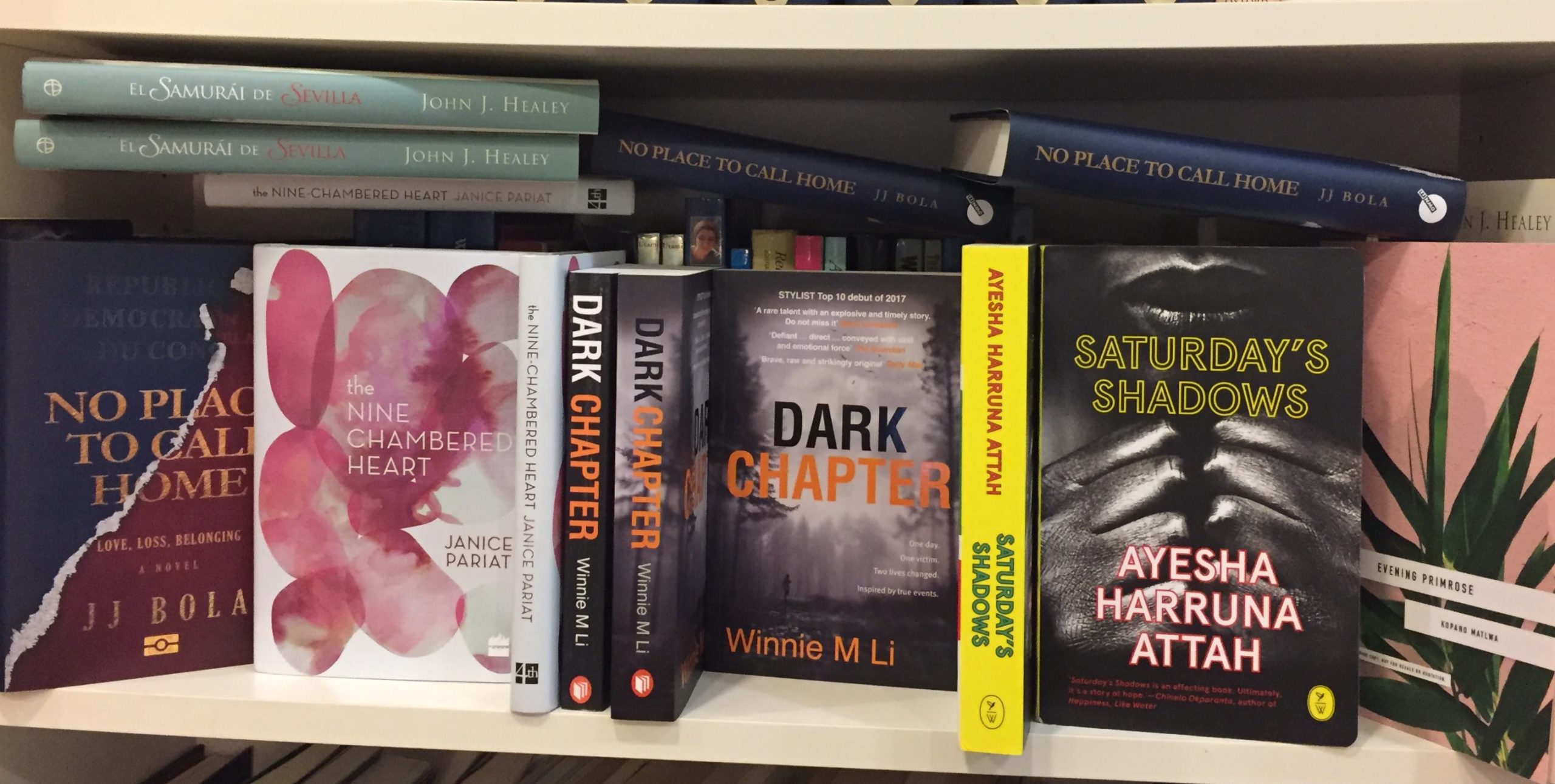 2017 was an exciting year for the Pontas Agency, as we started representing new and diverse voices in English language, as well as we kept working to establish other authors who have been with us for a while —all with great books under their belts that we're delighted to represent!

American writer based in Berlin Saskia Vogel joined the agency a couple of years ago, but it wasn't until September 2017 that her debut novel was ready for submission: I Am A Pornographer will be published in 2019 by Dialogue Books (Little, Brown) in the UK and by Coach House Books in North America; also by Alpha Decay in Spanish and by Mondial in Swedish. Taiye Selasi is already looking forward to reading it!

Two young and talented authors from the UK joined the Pontas Agency in 2017: Victoria Princewill (below left) and Alexandra Sheppard (below right).

Victoria Princewill's In The Palace of Flowers is a magnificient historical debut novel about the fear of being forgotten. Cassava Republic won the auction for World English rights for publication as their leading title of 2019. Vulkan quickly pre-empted Serbian rights.

Confessions of a Half-Mortal by Alexandra Sheppard is a coming-of-age novel for young readers (mainly for ages 12-16), and Scholastic has acquired World rights for publication in English in 2018.

Great novels are being published in 2018:

Singaporean Clarissa Goenawan (below left) winner of the Bath Novel Award, will see her debut novel Rainbirds published in March 2018 by Soho Press, and translation rights have already been sold in 10 languages. Bustle just chose it as one of the most “35 Most Anticipated Fiction Books Of 2018 To Get You Pumped For A New Year Of Reading”.

Faber Academy Graduate Jill Johnson (below right) is another of the exciting voices coming from the UK. Her debut novel The Time Before The Time To Come is inspired by Johnson’s Maori heritage and it will be published in June 2018 by OWN IT!

Daniela Tully (below left) is German, but she wrote her debut novel in English: Hotel on Shadow Lake is coming out in March 2018 with Thomas Dunne (St Martin's Press) in North America, and with Legend Press in the UK. Translation rights have already been sold to 5 languages.

Cassava Republic is releasing One Hundred Wells of Salaga by Ayesha Harruna Attha (below right) in English. Set in Ghana —where the author is from— in the late 19th century during the scramble for Africa, Ayesha Harruna Attah's third novel offers a remarkable view of slavery within tribes.

Indian writer Janice Pariat (below left) has published her second novel, The Nine-Chambered Heart, with 4th Estate (HarperCollins India) in November 2017. The Borough Press is releasing the UK edition in May 2018, and translation rights have already been acquired in six languages.

JJ Bola's (below right) debut novel No Place To Call Home was published in June 2017 with OWN IT! in the UK, and it's coming out in the US in March 2018 with Arcade (Skyhorse Publishing). Media Diversified has included it in their list of the "Top 15 Books by Novelists of Colour Published in 2017".

Four authors from South Africa have started making waves, and will continue to do so in the upcoming year: Kopano Matlwa (below left), Masande Ntshanga (below right), Imraan Coovadia (second line left) and ZP Dala (second line right).

Kopano Matlwa's third novel, Evening Primrose, came out in the UK with Sceptre (Hodder & Stoughton) in July 2017 with great praise acclaim. It had been previously published in South Africa by Jacana, with the title Period Pain, and it's being published in 2018 in the US with Quercus Books. Translation rights have already been sold to 8 languages.

Masande Ntshanga's debut novel The Reactive was out in 2017 in the UK with Jacaranda, having been published in 2014 in South Africa with Umuzi (Random House) and in 2016 in the US with Two Dollar Radio. His second novel, a thrilling dystopia titled Triangulum, will be launched by the same publishers in 2019.

Imraan Coovadia's awaited new novel, A Spy in Time, is being published in 2018 by Umuzi (Random House) in South Africa, California Coldblood Books in North America and Speaking Tiger in India.

2017 was the publication of Iowa Fellow ZP Dala's second novel The Architecture of Loss with Pegasus Books. This novel will be out in the Indian subcontinent in 2018 with Speaking Tiger.

In 2017, The Samurai of Seville by John J Healey was published in the US with Arcade (Skyhorse), and translation rights have been sold to 4 languages, and a film option has been accepted.

And Minna Salami, a Nigerian, Finnish and Swedish writer, speaker and thinker, has joined the Pontas Agency, with an exciting non-fiction book titled Sensuous Knowledge: A Radical Black Feminist Approach for Everyone.

Jordanian Filipina American writer and editor based in London Malu Halasa's (below left) debut novel Mother of All Pigs was published in North America in November 2017 with Unnamed Press, and it's going to be translated into French and Arabic so far.

Winnie M Li (below right) had her debut novel Dark Chapter published in the UK (Legend Press), the US (Polis Books) and The Netherlands (HarperCollins Holland). Winner of 'Not The Booker Prize 2017', rights have been sold to 10 publishers worldwide.

For more information on any of these authors, please email Maria Cardona.