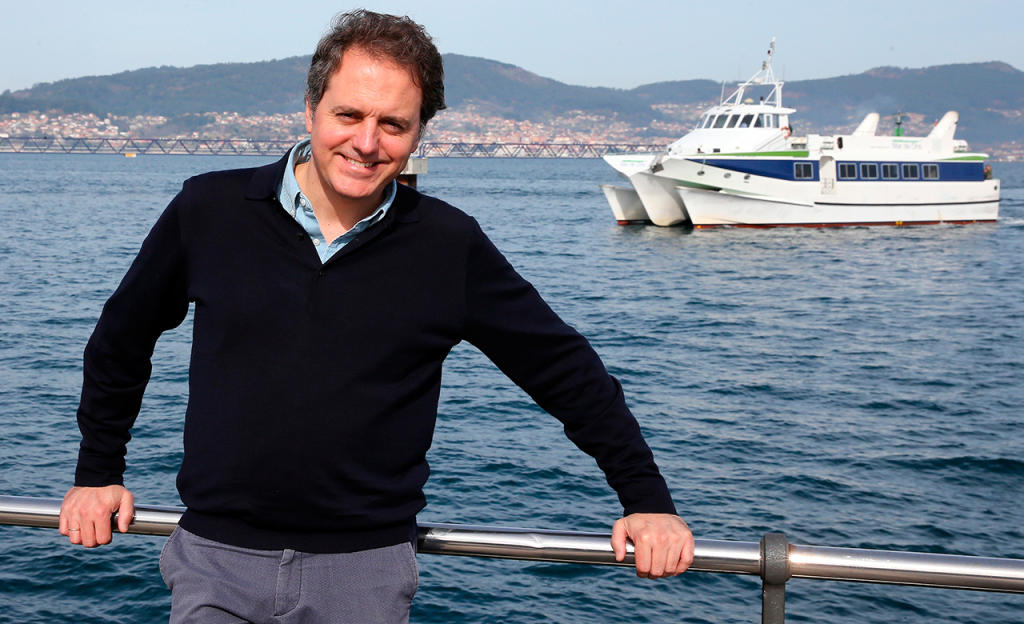 It is with great pleasure that we can announce that Domingo Villar, one of the most interesting Spanish crime novelists, is now a client at the Pontas Agency. Writing originally in his Galician mother tongue, Domingo Villar translates his own works into Spanish; he is the author of three acclaimed and bestselling novels featuring his protagonist, Inspector Leo Caldas. All his works are published by Galaxia in Galician and by Siruela in Spanish: Ojos de agua (Water Eyes), La playa de los ahogados (The Beach of the Drowned) and El último barco (The Last Ferry).

The first two instalments of the adventures of Leo Caldas, a police inspector in Vigo, were published in 2006 and 2010 respectively and have been reprinted over twenty times in Spanish language and translated internationally into ten languages, including English, German and French. Both novels have obtained numerous awards and recognitions – for their original, Galician editions and also for their translated editions – including, among others: the Antón Losada Diéguez Award, the Galician Bookshop Federation Award, the Frey Martín Sarmiento Prize, the Sintagma Prize, the 21st Brigade. Villar has also been a finalist for the Crime Thriller Awards and the Dagger International in the UK, the Le Point du Polar Européen in France and the Swedish Crime Novel Academy Award, The Martin Beck Prize.

In 2015, La playa de los ahogados (The Beach of the Drowned) was adapted to the screen as a feature film directed by Gerardo Herrero, with a screenplay co-written by Domingo Villar himself and Felipe Vega, starring the actors Carmelo Gómez and Antonio Garrido and mainly shot between Vigo and Val Miñor. The locations in Galicia have now become a place to visit by the thousands of Domingo Villar’s readers.

El último barco (The Last Ferry) was published in 2019, almost a decade after the second instalment of the series. In less than six months, 75,000 copies were sold in Spanish language alone (despite its 703 pages), and it has been acclaimed both critically and by readers. Translation rights have been sold into Spanish, Italian and Chinese so far and there are already conversations underway for an audiovisual adaptation, most probably as a TV series.