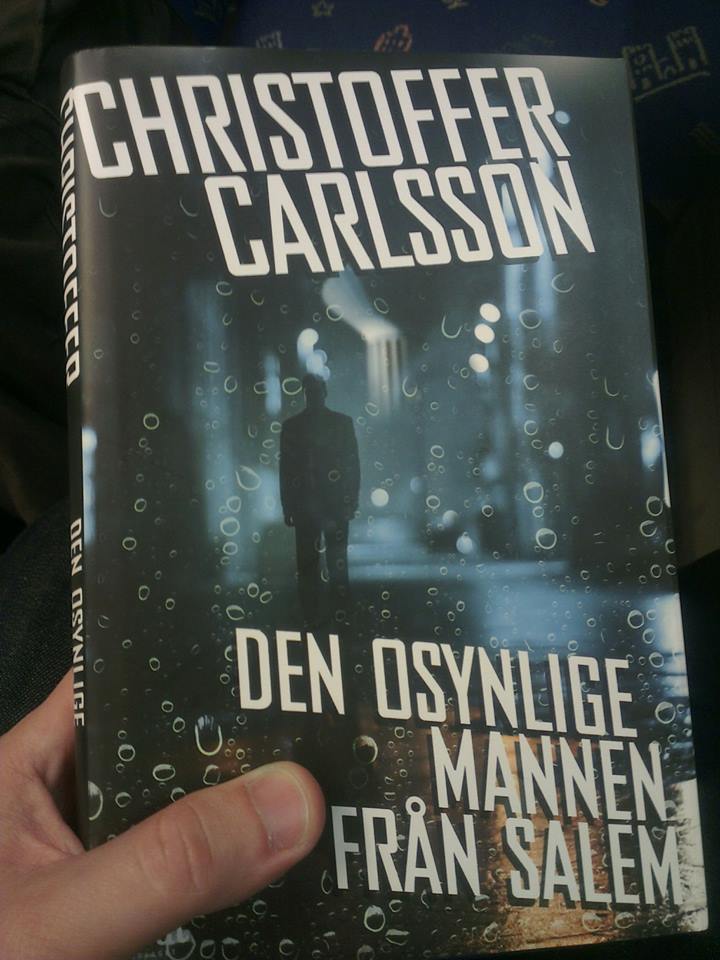 At the Pontas Agency we´ve had our eyes set in Sweden these last weeks because August 2013 has seen the publication of the new novels by Christoffer Carlsson and Sara Lövestam, two renowned names among the younger generation of Swedish writers, with several works published at Pirätforlaget. Both Sara and Christoffer will be present at the approaching Göteborg Book Fair (September 26-29th) to meet their readers and tell them more about their new books.

Hjärta av jazz (Heart of Jazz), is Sara Lövestam’s fourth novel and it’s a warm tale of unexpected friendship. Steffi is a bullied teenager who takes refuge in music. It is music that will lead her to meet one day by chance an old man spending his days in a retirement home. She will soon learn that this old man, Alvar, once dreamed of becoming a famous jazz musician. Steffi will be intrigued and inspired by Alvar’s story.

Among the praises her novel is receiving, we like this one: "It's novel for 15 year olds as much as it is for those who are 90, and all the ages in between.So talented and so liberating.The story becomes rhythmic and alive with music.Just like a jazz tune, it is melancholic and exuberant”.

Some images from the launching party of Hjärta av jazz (Heart of Jazz) in Stockholm. 1. Sara with her editor Sofia Brattselius Thunfors. 2. The snack: can you spot Christoffer Carlsson?

Den osynlige mannen från Salem (The Invisible Man from Salem) is Christoffer Carlsson’s third novel, and the first in a planned trilogy featuring police office Leo Junker. Set in the outskirts of Stockholm between the mid 90s and today, and written as a homage to the Swedish literary crime couple Sjöwall and Wahlöö, the novel describes, among many other things, the cracks in the Swedish welfare state system.

These are Christoffer’s words about this novel: “I wanted to explore what happens to somebody whose identity no longer exists, and what that can do to a person. I wanted to write about crime, about friendship and love gone wrong, about the effects of bullying, youth violence, and alienation, and about the corruption of power within the Swedish police force, where the Internal Affairs Division more often than not only tries to cover up the law violations representatives of their organization have committed.”

And these are some of the words from readers/reviewers: “This is a promising start to a new crime series, and a clear candidate for the year's best Swedish crime novel.”

Photos below: 1. The first draft of the novel. 2. Christoffer Carlsson at a previous Göteborg Book Fair. This 2013, on behalf of Pontas, Marina Penalva Halpin and Patricia Sánchez will be there too, reachable at the Agent´s Center.