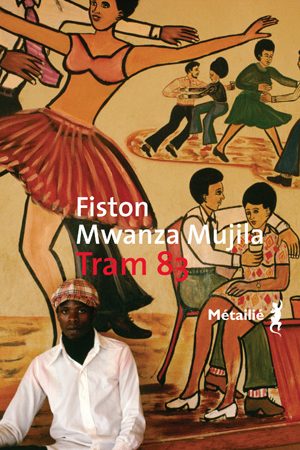 In an African city in secession land tourists of all languages and nationalities. They have only one desire: to make a fortune by exploiting the mineral wealth of the country. They work during the day in mining concession and, as soon as night falls, they go out to get drunk, dance, eat and abandon themselves in Tram 83, the only night-club of the city, the den of all the outlaws.

Lucien, a professional writer, fleeing the exactions and the censorship, finds refuge in the city thanks to Requiem, a friend. Requiem lives mainly on theft and on swindle while Lucien only thinks of writing and living honestly. Around them gravitate gangsters and young girls, retired or runaway men, profit-seeking tourists and federal agents of a non-existent State.

Tram 83 plunges the reader into the atmosphere of a gold rush as cynical as, it is comic and colorfully exotic. It's an observation of human relationships in a world that has become a global village, an African-rhapsody novel hammered by rhythms of jazz.

«The writing has the pulsing, staccato rhythms of Beat poetry … Tram 83 is an antidote to the gloomy nature of most African novels. It doesn’t glamorize the ugliness, yet it’s alive to the thrill and abandonment of living for the moment and ‘satisfying the pleasures of the underbelly.’» Wall Street Journal

«A formidable demonstration of the power of literature.» Télérama

«A novel of a mind-blowing and poetic beauty» Point Magazine

«Like Thomas Pynchon or David Foster Wallace – or free jazz, for that matter – Mujila rewards patience .... Ezra Pound would be proud; Mujila “made it new”.» Josh Cook, Foreword Reviews