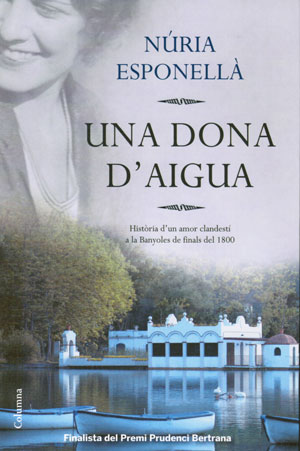 The Lady of the Lake

"He saw her back, ash blond hair, smooth contour and mould muscles, covered with a black scarf. He followed her movement, expectant, he knew she couldn´t discover him, and this caused him the impulse to continue watching her and the feeling of conscious transgression that spying a woman was an unbecoming behavior. But that stranger had appeared by chance and he was just observing. "

Una dona d´aigua is a psychological suspense novel that recreates an era in detail telling the story of a secret love between Sarah Prats and Miquel Camps, both trapped in loveless marriages. Their passion will fight against the scams of Sarah´s husband, the influence of a mysterious doctor and rumors in the small town of Banyoles, a society convulsed after the Carlist Wars.