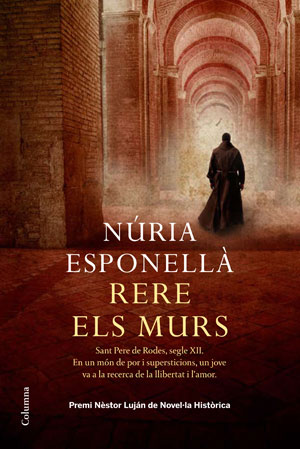 Whiped by the north wind known as Tramontana, the monastery of Sant Pere de Rodes stands imposing on the hills of Cap de Creus. Inside its walls lives a community of Benedictine monks and, among others, there is Sebastià, who takes care of the pilgrims hospital, and Blai, an orphan young man who will discover love and the great need to conquer his freedom.

But there are difficult times and the abbot Berenguer, a strict and authoritarian man, will have to protect his properties and the privileges of the monastery in front of the demands of the Count of Empúries and the Viscount of Peralada, their fights for the power control and political interests. Besides, Mestre Peire, one of the most acclaimed sculptors of the XII century, has to sculpt the monumental marble door of Sant Pere de Rodes before the Jubileus. The true origin of the monastery is not known, which has given rise to speculation and legend. The monastery was declared a national monument in 1930.