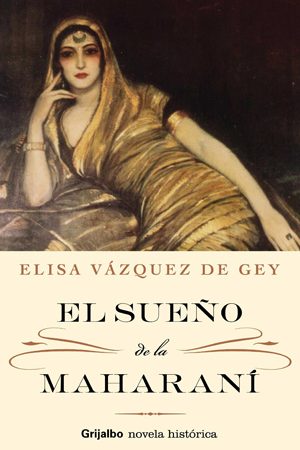 The Dream of the Spanish Maharani

Paris, 1926. The famous writer Vicente Blasco Ibáñez becomes dazzled by the fascinating life of Ana Delgado, the young Spanish woman who married a Maharaja of India. He convinces the Princess, already divorced, to tell him about her life and agree to become the protagonist of his next novel. Fifty years later, the son of the Spanish Maharani, Ajit Singh of Kapurthala, recalls his childhood and youth in New Delhi. He refuses to die without leaving the written true story of his mother: his life of vicissitudes in colonial India and his glamorous life in Europe. In 1968 Madrid, Anita's secretary is trying hard to finish some unlikely memories that the princess never managed to conclude, the story of the man who lived and who held a place in the princess’s heart until his last days. The dream of the Maharani offers the reader a new and original perspective of the charming personality of this Spaniard, of her world, sometimes lavish and sometimes refined, and of the turbulent time in which she lived.