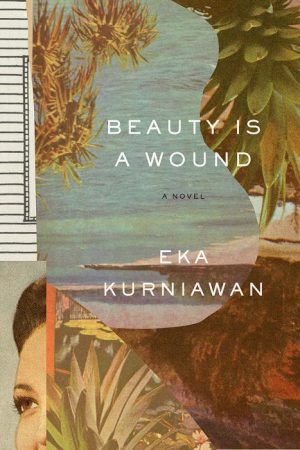 Beauty is a Wound

The epic novel Beauty Is a Wound combines history, satire, family tragedy, legend, humor, and romance in a sweeping polyphony. The beautiful Indo prostitute Dewi Ayu and her four daughters are beset by incest, murder, bestiality, rape, insanity, monstrosity, and the often vengeful undead. Kurniawan's gleefully grotesque hyperbole functions as a scathing critique of his young nation's troubled past: the rapacious offhand greed of colonialism; the chaotic struggle for independence; the 1965 mass murders of perhaps a million "Communists," followed by three decades of Suharto's despotic rule.

Beauty Is a Wound astonishes from its opening line: "One afternoon on a weekend in May, Dewi Ayu rose from her grave after being dead for twenty-one years…" Drawing on local sources—folk tales and the all-night shadow puppet plays, with their bawdy wit and epic scope—and inspired by Melville and Gogol, Kurniawan's distinctive voice brings something luscious yet astringent to contemporary literature.

Winner of the World Readers Awards

«An arresting portrait of Indonesia’s struggle for nationhood’ and a ‘satire’ with ‘a sense of humor that emerges even when he writes about the hundreds of thousands of people killed in the anti-Communist purge, of 1965…Despite its darkness, the book is playful and spirited, paying homage to the Indonesian form of wayang, or shadow puppetry, which is often used in the retelling of Hindu epics, such as the Ramayana and Mahabharata.» The New Yorker

«Kurniawan does not merely traffic skillfully in magic realism; his Halimunda—like García Márquez’s Macondo and Faulkner’s Yoknapatawpha County—lets him show how the currents of history catch, whirl, carry away and sometimes drown people…García Márquez could fall into sententiousness and grandiosity; Kurniawan, by contrast has a wry, Javanese sense of humor…Whatever he chooses to write will be well worth reading.» New York Times Book Review


«Set during the singularly tumultuous period from just before World War II through most of the rest of the 20th century, the book pulls off the bold feat of telling Dewi Ayu’s family history while also telling Indonesia’s in a way that doesn’t seem heavy-handed or forced…[T]his is an impressive, accomplished book. Gracefully translated by Annie Tucker, the writing is evocative and muscular, with particularly spicy descriptions and some good wry humor.» New York Times


«An unforgettable, all-encompassing epic of Indonesian history, magic, and murder. (…) The combination of magic, lore, and pivotal events reverberating through generations will prompt readers to draw parallels between Kurniawan's Halimunda and García Márquez's Macondo. (…) Upon finishing the book, the reader will have the sense of encountering not just the history of Indonesia but its soul and spirit. This is an astounding, momentous book.» Publishers Weekly