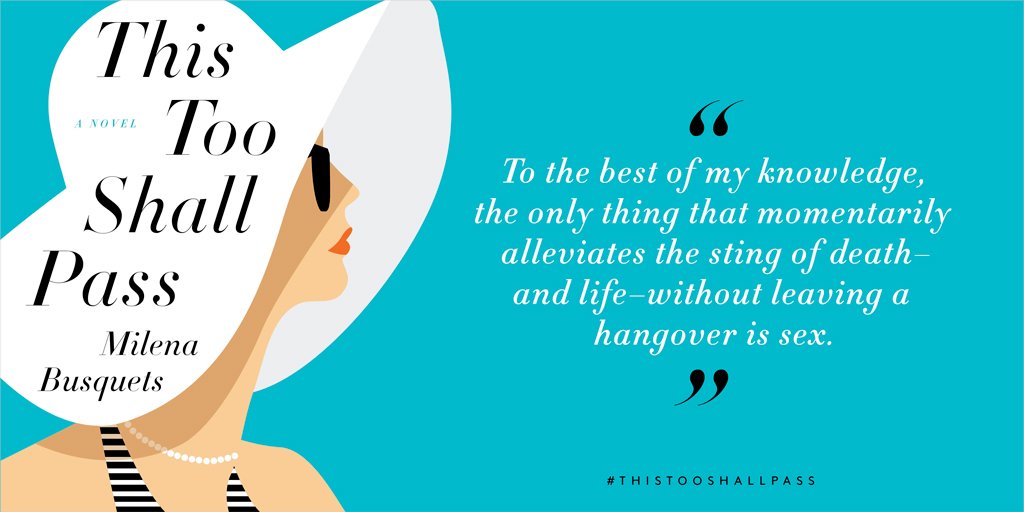 May 10th 2016 it’s publication day for This Too Shall Pass (También esto pasará) by Milena Busquets in English, with Hogarth Books (Crown Publishing Group) in the US & Canada, and with Harvill Secker (Penguin Random House) in the UK and the rest of the Commonwealth. Many months have passed since the deal was announced during the Frankfurt Book Fair 2014, and the final copies are finally in the bookshops!

In the US, This Too Shall Pass by Milena Busquets has already received a starred review on Kirkus: «[A] summery, sexy, cool debut novel… light, profound, sensual, unmistakably European: this may be the only book about grief to feel like a vacation». And British best-selling author Matt Haig has already recommended it by saying «Should be the hit of the summer. Couldn't stop. Fun, raw, sexy, true».

Milena Busquets attended the Buenos Aires Book Fair, which was a great success (in the photo, by (c) Ricardo Ceppi, with her publisher Jorge Herralde). The tickets fot their conversation in front of the audience sold out days before the event! On the 29th of May she will be at the highly prestigious Hay Festival at Hye on Wye, sharing a panel with Valeria Luiselli and Yuri Herrera. In August she’ll be attending the Edinburgh Book Festival.

Highly acclaimed by readers, booksellers and literary critics, This Too Shall Pass by Milena Busquets has already been published in Spanish (Anagrama, original language), climbing the bestsellers lists very quickly and also has been making waves in other languages such as Catalan (Amsterdam Llibres), French (Gallimard), German (Suhrkamp), Dutch (Meulenhoff), Italian (Rizzoli)… up to 34 languages. Here you can see several international covers: