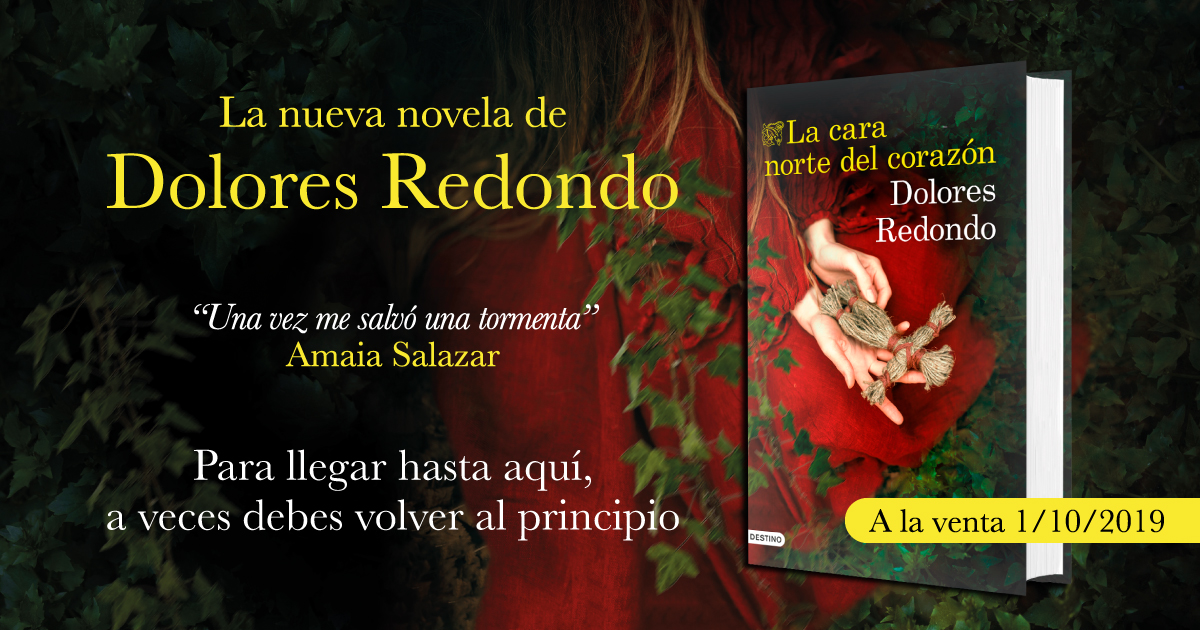 “La cara norte del corazón” (“The North Face of the Heart”) by Dolores Redondo, set between New Orleans and Elizondo, in the Baztan Valley, is landing in all bookshops on October 1st, 2019! With a first print run of 200,000 copies in Spanish language (published by Destino) and 15,000 copies in Catalan (published by Columna), translation deals have already been closed in Basque (Erein), Danish (DreamLitt), English (Amazon Crossing), Finnish (Gummerus), Galician (Xerais), Italian (DeA Planeta Libri), Portuguese-Brazil (Planeta) and Portuguese-Portugal (Planeta); and more publishers will be acquiring rights to this fast-paced page-turner soon.

*Image above from Casa del Libro.

What’s the novel about? In August 2005, a young twenty-five-year-old Amaia Salazar, detective inspector of the Foral Police in Navarra, participates in an exchange programme for Europol police officers at the FBI Academy in the United States, taught by Aloisius Dupree, the head of the research unit. One of the tests consists of studying the real-life case of a serial killer, whom they call “the composer”, who always strikes during great natural disasters attacking entire families and leaving an almost liturgical scene behind. Amaia will unexpectedly become part of the research team, which will take them to New Orleans, on the eve of the Katrina hurricane, to try to get ahead of the killer… But a call from her aunt Engrasi in Elizondo will awaken in Amaia old ghosts from her childhood that can change everything, exposing herself, once again, to the north face of the heart.

In the photos above and below, you can spot Dolores Redondo in New Orleans, which she visited with some journalists a few weeks before the publication. The PR and marketing campaign is strong and steady, with a very long and extensive promotional tour visiting more than ten cities, including Barcelona, Bilbao, Santiago de Compostela, Sevilla and Málaga. On the eve of the publication, a special dinner for booksellers took place in Madrid, with the author and a menu inspired by the novel. On publication day, Dolores and a large group of journalists travelled to Elizondo.

Click here to read a wonderful interview published in Magazine (in Spanish). And you can watch Dolores talking about the novel from New Orleans here.

Early readers are completely blown away by The North Face of the Heart: “This is a novel that can be read as a standalone. It´s a great door to Dolores’ creativity for those who have not yet read the trilogy of Baztan and know nothing about Amaia Salazar. Straight from the beginning, the novel is full of atmosphere and meaning. Besides being wonderfully written and masterly constructed, there is a deep knowledge of people’s psychology and a particular sense for the unsaid which is truly noticeable between the lines. Every single character stands out in a different way. To unfold so many lines and stories over more than 600 pages.”

― Feature films based on the Baztan Trilogy: The Invisible Guardian is available worldwide through Netflix; theatrical releases in Spanish cinemas of The Legacy of the Bones and Offering to the Storm in December 2019 and April 2020, later on also with Netflix.

― A Spanish feature film adapting Todo esto te daré (All This I Will Give To You) is currently under development.

― Winner of the Planeta Prize 2016, winner of the Bancarella Prize 2018 and Special commendation received from The Finnish Whodunnit Society for significant contribution to the genre for Todo esto te daré (All This I Will Give To You).