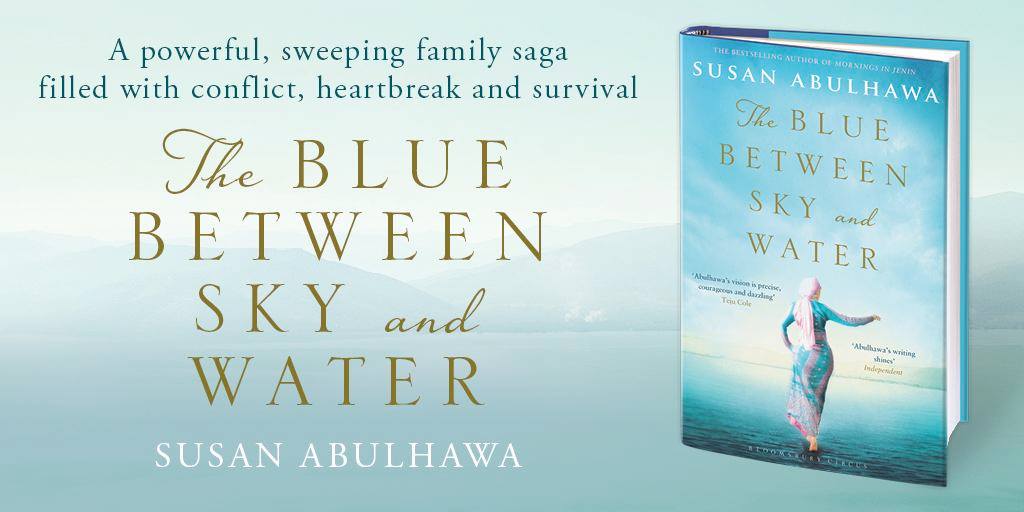 Susan Abulhawa has been actively promoting her second novel The Blue Between Sky and Water, a devastatingly beautiful novel about Palestine with a truly global appeal that has already been acquired by 26 international publishers, and has been originally published in English by Bloomsbury in April 2015.

Since April, Susan Abulhawa has traveled, among other countries, to United Kingdom, Germany (being published by Diana Verlag), Norway (published by Aschehoug), Sweden (published by Norstedts) and Finland (Like), where she's been promoting the novel and meeting with her readers.

In Germany, Susan Abulhawa presented The Blue Between Sky and Water in Bonn, at the Harbour Front Literatur Festival in Hamburg, in Göttingen and finally at the Literaturhaus in Munich, were many readers queued to talk with her and get their copies signed.

In Scandinavia, Susan Abulhawa started her tour in Norway, where both press and readers could feel her charisma and charm. For instance, you can read this interview in the Norwegian newspaper NRK here, and you can see the great enthusiasm from the editorial team at Aschehoug for The Blue Between Sky and Water in the picture below!

In Sweden, Susan Abulhawa was on SVT. You can watch a 2-minute interview here:

You can also read a great interview on the Swedish newspaper Svenska Dagbladet here. In the pictures below, Susan Abulhawa is presenting The Blue Between Sky and Water in Stockholm (left) and with her Swedish editor Gunilla Sondell (right), meeting four years after Norstedts first published her previous novel Mornings in Jenin:

Susan Abulhawa was also on the Swedish TV program Babel (watch her from minute 11):