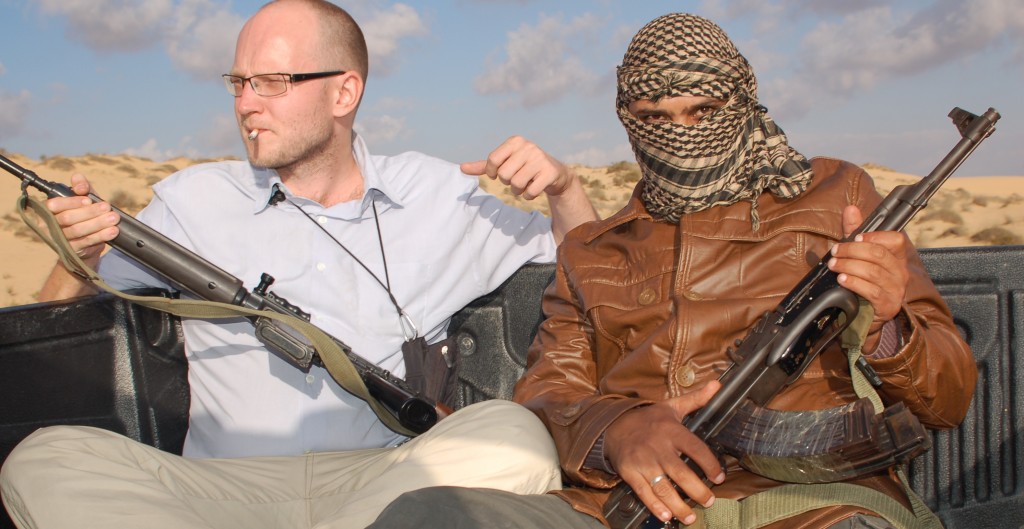 We’re very happy to announce that French rights have been sold at auction to The Devil is a Black Dog And Other Stories by Sándor Jásberényi to the publishing house Mirobole Éditions, which reveals the timely aspect of his book and also his talent in literary journalism. According to The Guardian, «Jászberényi makes Hemingway or Ryszard Kapuściński seem fat and soft.»

Mirobole Éditions are recognized for their work on East and Central European fiction, with a list of authors  that are Moldavian, Polish, Russian, Turkish, Greek, Czech, Bulgarian... The editor will be Sophie de Lamarlière and the translator from Hungarian into French will be Joëlle Dufeuilly, who won the coveted prize from the French Society of Literature.

The book was originally published in Hungarian by Kalingram in 2013. In English, The Devil is a Black Dog is published by New Europe Books (North America), and Scribe just published it in the UK & Commonwealth in 2015 with great acclaim. English rights for the Indian subcontinent have been acquired by Speaking Tiger, and Italian rights are with Anfora Editore. Other rights are still available! Sándor Jászbérényi’s short stories are really insightful to the current rise of ISIS in the Middle East and the background that lead to it.

The Devil is a Black Dog has been receiving praise from media such as The Guardian and The Irish Times and international interest in the title keeps growing:

«The amorality, brutality and nihilism of Jászberényi’s world is relentless. Jászberényi makes Hemingway or Ryszard Kapuściński seem fat and soft. (…) it’s so well done that Hemingway would surely have approved.» Tibor Fischer, The Guardian

«Jászberényi is brutally frank in his stories of how the civil strife- wracked Africa and Middle East have not only demeaned the value of life and death but also killed the sensitivity of reporters and photographers to these horrors even while they seek to provoke the moral outrage of the outside world.» David Ottaway, former Washington Post correspondent in Africa and the Middle East

Sándor Jászberényi is a Hungarian writer and correspondent who has covered the Darfur crisis, the revolutions in Egypt and Libya, the Gaza War, and the Huthi uprising in Yemen, and has interviewed several armed Islamist groups. As Sándor himself put it in the Wall Street Journal: «If you get to know someone in a war, they might well die much sooner than you’d prefer. As a foreign correspondent, I’ve buried many people over the years. True, it’s not really me who buries them. More likely, I am sipping a beer in Cairo or Budapest when I get the news.»

He’s currently covering the war in Syria, and is writing some new literary non-fiction short stories on the on-going war in the Middle East.