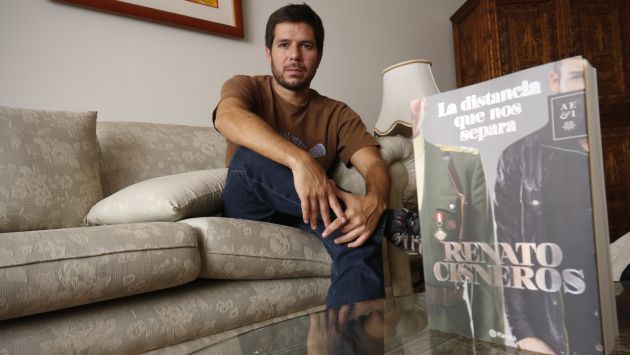 We are delighted to announce that Peruvian Renato Cisneros has now joined the Pontas Agency, one of the most important young and new voices to come from Peru with an exciting literary career ahead. The agreement of representation has been signed in Lima, where both Anna Soler-Pont and Renato Cisneros met before participating in the Hay Festival Arequipa 2015.

Renato Cisneros (Lima, 1976) is a journalist and writer. He currently lives in Madrid, and works as a journalist for RPP Group; he also writes for the newspaper La República. He has directed radio and TV programs in Peru since 2000. He has written three novels so far: Nunca confíes en mí [Never Trust Me] (Alfaguara, 2010), Raro [Strange] (Alfaguara, 2012) and La distancia que nos separa [The Distance that Sets Us Apart] (Planeta, 2015).

The Distance that Sets Us Apart has been highly praised all over Latin America. Mario Vargas Llosa said: «it’s an impressive novel, and to have written it, shows great talent, and also a lot of courage.» Renato Cisneros digs into his own family story to understand and demystify the figure of ‘El Gaucho’: the controversial Secretary during the regime of Francisco Morales Bermúdez and, after, Minister of War. In The Distance That Sets Us Apart, the intimate perspective and the passage of time reveal an unknown truth about a character, and also about a family and a whole country. A brave novel, and an emotional and documentary account, by someone who finds in words a space of awareness and conciliation.

Here you can watch a video with Renato Cisneros talking about the novel: