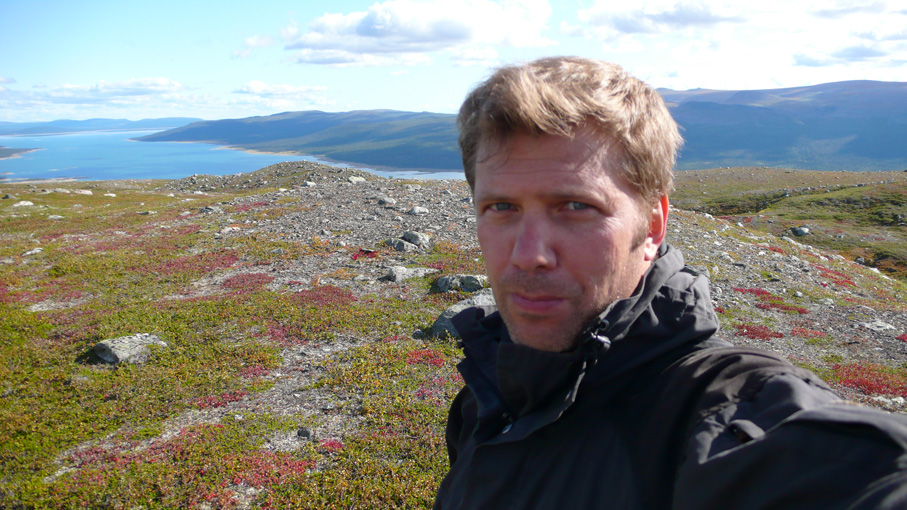 Olivier Truc is a French well-known author of best-selling thrillers set in Sweden and Norway, which have been translated into several languages. A journalist since 1986, Olivier Truc has been based in Stockholm since 1994. He is currently correspondent for Le Monde, and has worked also for Libération and Le Point.

Planned as the first of a pentalogy, his debut novel Le dernier lapon (The Last Sami, but published in English as Forty Days Without a Shadow) about a murder in a small town in Scandinavia, home to the indigenous Sami nation, was first published by Éditions Métailié in 2012 and it has been translated in 15 different languages and received raving reviews from the press. It also won the Prix Quais du polar, Prix Mystère de la critique, Trophée 813, Prix Salon du Polar de Montigny for Best Crime novel in French, the Prix Inter polar du Festival Polar de Reims and the prix Plume Polar for a francophone thriller, among many other awards. The original French edition has sold over 100.000 copies in trade and pocket edition combined.

After a first attempt of film production, failed due to the film company's changes, film rights have reverted to the author again and several producers are very interested in this novel and the second part of the series, Le détroit du Loup (The Wolf Strait).

The New York Journal of Books said: «Forty Days Without Shadow is more than a splendidly told murder investigation and its consequences. It is a fascinating telling of bloody history, culture, and indigenous people struggling against all odds to survive. The winter scenes are frighteningly real, at times leaving you breathless and filled with awe.»

The Wolf Strait is the second novel in the pentalogy of thrillers set in Scandinavia, and is also being translated into several languages. The Wolf Strait tells about a centuries-old culture which fights for its survival in a region where the recent development of oil and gas drilling gives priority to the collective interest of a country over personal local fates, playing the benefit of some against the desires of others.

«A brilliant thriller, rich and exotic as one could wish, reaching out from one point to another under the stabbing light of a night-less spring.» Philippe Blanchet, Figaro Magazine

Olivier Truc is currently finishing the third book in the series, which will continue to delight his readers all over the world.