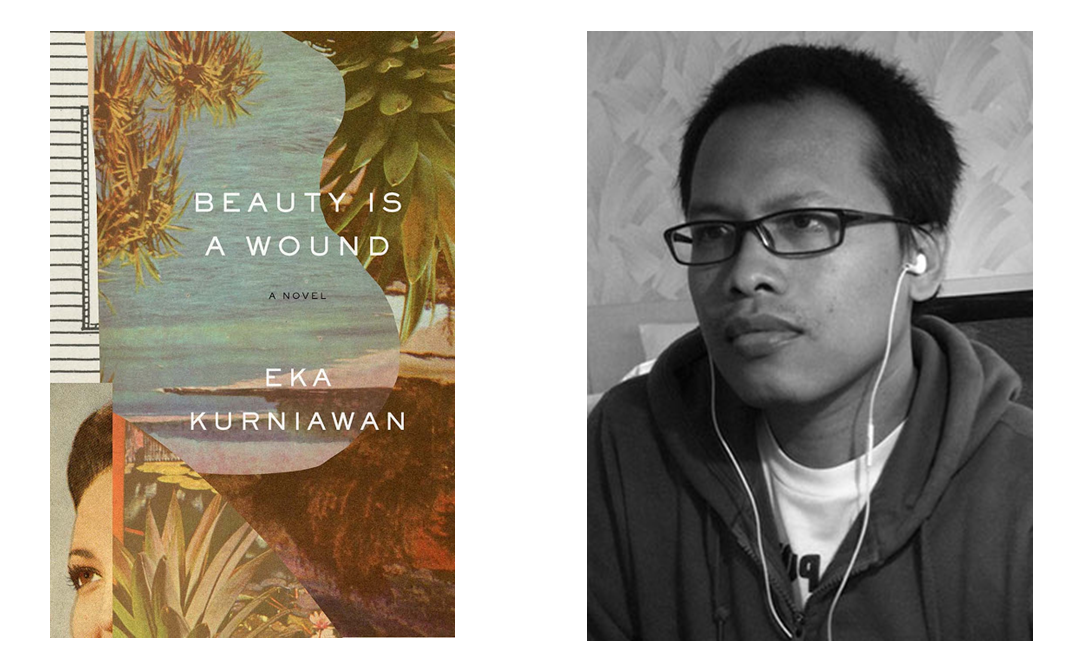 Pontas Literary & Film Agency is delighted to welcome one of Indonesia’s most exciting literary authors, Eka Kurniawan, whose novel Beauty is a Wound is coming out in English with New Directions in September 2015, preceded by some extraordinary praise, as well as a number of foreign rights sales.

Pontas will be handling world rights to all of Eka Kurniawan’s works in all the countries where they are still free. Eka Kurniawan has been described as the “brightest meteorite” in Indonesia’s new literary firmament, the author of two remarkable novels whose sheer beauty, elegance, cosmopolitanism, and ambition have brought comparisons not only to Pramaoedya Ananta Toer, universally considered Indonesia’s modern literary genius, and for whom the Pontas Agency was honoured to work until he died in 2006, but also to Salman Rushdie, Gabriel García Márquez, and Mark Twain.

Here is a description of Beauty is a Wound in the translator’s own words:

“Cantik Itu Luka (Beauty is a Wound) is a sweeping family saga that develops alongside the Indonesian nation. The novel is astounding for multiple reasons.  First and foremost, it is compulsively readable, combining history, satire, legend, humor, and romance in a sweeping polyphony. It is also highly political. (...) And yet the book is decidedly cosmopolitan, equally influenced by world greats such as Rushdie, Marquez, and Hamsun.
The novel is helping to establish Indonesia’s voice, which remains underrepresented within world literature, and can also illuminate how world literature has influenced Indonesian writers.  For all these reasons, I felt it urgent that the novel be translated. I have faith in its crossover appeal as an engaging piece of literature that can stand on its own, but I also want to underscore its importance as a cultural and historical artifact contributing to a wider understanding of, and access to, contemporary Indonesia.”