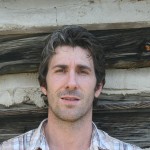 At Pontas we are glad to announce that French production company Gedeon/Numéro 4 Productionhas acquired the film rights of Jason Eric Miller ’s novel Decomposition. Emmanuelle Lacaze will be producing and Clément Deneux will be writing the script adapting the novel and also directing the feature film.

Clément Deneux has directed two short movies so far: Zombinladen and Les ongles. He wants to develop a strong and particular universe and, together with the producer, they plan to make a great twisted road movie out of Jason Eric Miller’s novel. Their idea is to shoot in English language in the United States. Emmanuelle Lacaze has produced a first feature film so far, La vie d´une autre, adapting the novel with the same title by Frédérique Deghelt. The film will be released in France next February 15th, directed by Sylvie Testud, starring Oscar awarded Juliette Binoche and Mathieu Kassovitz.

Some comments about the novel, published in English by Ephemera Bound Publishing (USA) and in French by Éditions du Masque:

"If you feel like experiencing the darker side of obsession, this could very well be the book for you."--TCM Reviews

"It could become a cult"--Press Southern Region

"Strange thriller therefore, that this decomposition, which is both fairy tale trash, road movie and especially murky exercise in style revisiting all the stereotypes of black American novel"--Foreign Press