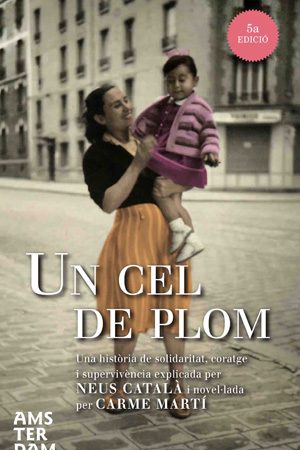 Neus Català’s life, the last of the Spanish survivors of the extermination camp of Ravensbrück, is the living story of a century and an endless struggle. Her memories, collected in the form of a novel by Carme Martí with extreme sensitivity and extraordinary intensity, are true life lessons within an unforgettable story. Born into a peasant family of Priorat, Catalonia, Neus Català was a young woman of twenty-one when the Spanish Civil War broke out. Under those circumstances, and animated by a deep desire of being helpful, she was appointed the head of a group of 182 children. With them she took the hard road to exile in France where she fell in love and helped the Resistance. She was deported to the Nazi camps of Ravensbrück and Holleschein, where she found hell but also solidarity and sisterhood without limits. "Surrounded by unknown women who suffered the same fate as me, I felt alone and in good company at the same time. In our vast solitude we had each other." Neus Català tells her story from an old people’s home in her native village, Els Guiamets, near Tarragona

“This book posesses the same ‘nerve’ as such autobiographical stories as The Infinite Steppe by Esther Hautzig, Medailions by Zofia Nalkowska or Against All Hope by Nadiezhda Mandelstam” Jordi Puntí

“Some lives are unique, of a great human transcendence, lives that call for a great book.  Like the life of Neus Català. Like this book by Carme Martí”. Jordi Llavina, writer, journalist and TV broadcaster