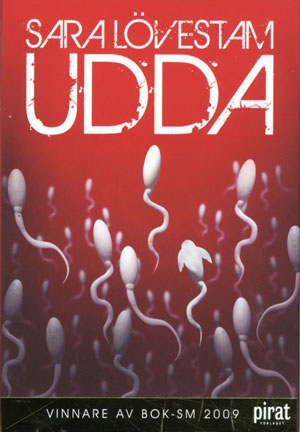 Martin Sander appears to be a very normal young man. He is good looking, has a good, steady job and the ladies like him. His problem is that he doesn’t care for them. The only way a woman could attract him is if she happens to be missing an arm or a leg. Amputees have always gotten his attraction - he can’t explain it, and he won’t reveal it to anyone. Except to his best friend Lelle.

Lelle is a carefree woman in her twenties, who rarely thinks twice before speaking. Without giving much attention to other people's feelings, she lives a life of breaking one girl's heart by picking up another at the lesbian bar. The secrets of Martin’s affections are strange to her; according to her he should just stop with the secrets and live life the way he wants it. She came out of the closet once, she’ll never go back in. So when Martin meets Paula online, she encourages it. At first.

Paula is a passionate person - when it comes to grammar. Her academic work with particle verbs keeps her up all night, and her life is devoted to academia. Not only are particle verbs fascinating subjects for a thesis, they also keep her from focusing on her distorted face and non-existing legs. As soon as she answers Martin Sander’s online ad, she regrets it. Even more so, when she meets his best friend Lelle…

Different is a story of love and friendship, relationships and betrayal, misunderstanding, shame, sorrow and happiness. It was first published in Sweden in October of 2009, where it received great reviews for its fresh perspective, warmth, sense of humour and understanding of the human essence.