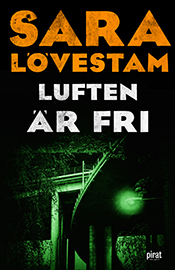 Kouplan has been evicted from the room he rented at Regina’s, and is now without a home. But he also got some good news – it turns out he will not have to wait until December to apply for asylum again, instead, he just has to wait until July! When this happens, he will be able to live at an asylum home, so he decides to try to sleep outdoors until he can do it. He already knows a bridge with space underneath, but when he tries to sleep there it turns out it’s already occupied by an old lady called Grandma and her friend Will. Reluctantly, they let him stay with them.

In the middle of Kouplan trying to find a safe place to stay, his phone rings. Jesús, whom Kouplan met on the night bus in the previous book, has recommended him as a private detective to a rich woman who suspects her husband is cheating. Kouplan is in desperate need of the money and accepts the case. So while he is trying to get his life together, hide from the police and try not to look like a homeless person, he also has to follow the rich woman’s husband around and gather any evidence of infidelity. As he follows the man, a lawyer, he slowly discovers that what this man is doing is worse than cheating on his lady. Way worse.

At the same time, he struggles with the new asylum application, as it becomes apparent that nobody at the Migration Board even understands his situation as a trans man or is able to detect the newspaper he worked for in Iran (that was the reason he had to flee the country in the first place). He understands that he is in great danger to be sent off to Iran once again.

«The language of the book is clever, fine, subtle, humorous and immensely enjoyable.» Swedish Book Review