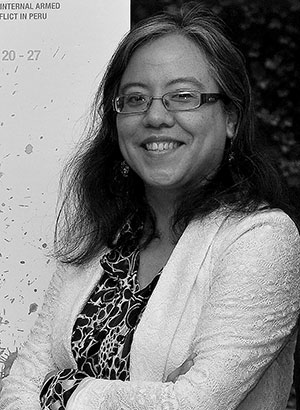 Claudia Salazar Jiménez was born in Lima, Perú, in 1976. She studied Literature at the National University of San Marcos and has a PHD in Literature from NYU. Besides being a writer, she’s a literary critic and cultural manager. She’s the founder and director of PERUFEST, the first Peruvian cinema festival in New York. Her short stories have appeared in several online publications and in international anthologies. Her first novel, Blood of the Dawn, was awarded the Americas Prize of Hispanoamerican Narrative 2014.