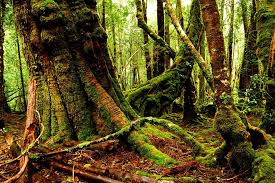 We’re glad to announce that Sean Rabin has become a new Pontas Agency’s client. And here’s whatJessica Craig  is telling to English language editors about him and his new novel, Wood Green.

“I first encountered Sean Rabin at the start of this year and I´m delighted that he is one of my first discoveries as an agent. A friend was impressed with his writing and recommended he contact me and even though he lives in Sydney he conveniently happened to be passing through London. I felt as soon as we met for coffee that we have similar ideas about what makes good writing, and that we could have continued talking for hours about favourite books, art, and music.Sean has been writing fiction for over a decade and has published some short stories. One of his stories, “I Can Hear the Ice Singing”, was selected for the Best Australian Short Stories (2012). I loved reading this story and still think of it as one of the strangest yet beautiful stories I´ve read. I asked Sean if he had written a novel that would leave a similar impression of immediacy, weirdness and amazement in the reader and he told me there was a short novel he was just about to finish and would send me in a few months”.

“As soon as I read the first sentences of Sean´s novel, Wood Green, I was hooked. It is an unsettling experience from the start, with sentences of startling beauty and clarity, and I love that the reader is kept guessing all the way to the strange and shocking ending about which ways the plot and the relationships between the characters could turn. I found the setting of Sean´s native Tasmania absolutely captivating, a perfect place for any number of surreal things to take place, which at once comes across as odd and remote, yet also surprisingly familiar. As I was drawn into the village of Wood Green and the lives of its inhabitants, I found myself thinking of what I love about similar places I´ve visited or have enjoyed in brilliantly written television such as David Lynch´s Twin Peaks and Mathew´s and Linehan´s Craggy Island of Father Ted.I also came to realize that as much as Wood Green is a novel about the relationship between a young aspiring writer and an aging veteran, it is even more profoundly a novel about the meaning of home, the mixture of repulsion and attraction that people everywhere feel towards their place of origin. It is also a fascinating novel about memory and identity, and about the power of books and music to fuel our imagination and define our lives”.

“In a small town at the foot of a mountain on the edge of the world, Norman Pollard’s until now unremarkable life is about to change forever. Having just completed his PhD in Sydney he arrives in Tasmania to take up the job as secretary to Lucian Clarke, an internationally renowned author whose novels are the subject of Norman’s thesis. Clarke had once traveled the world living a life like Hemingway but now is nearly a recluse in his hometown of Wood Green. Both men, the young apprentice and the aging master, have hidden agendas of their own and the reader curiously follows how their relationship evolves and how true aims are revealed. Along the way you become captivated by an unforgettable community and the quirky characters connected in its web. I especially love Maureen and Tim, the couple who run the local grocery store and who are planning to end their marriage and move in separate directions as soon as they can find a buyer. At turns humorous and warm and at turns mysterious and surreal, Wood Green builds to a surprising climax and exerts a magnetic power over the reader”.