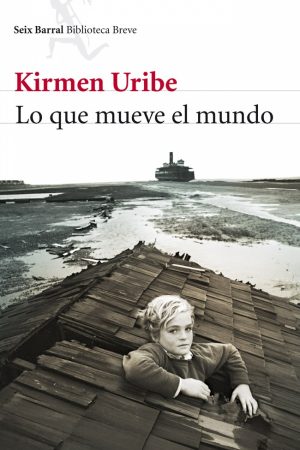 What Makes The World Go Around

In May 1937, after the bombing of Guernica, thousands of Basque children left the port of Santurce way to exile. Among them was Carmen, a girl of eight years who was hosted in the home of a writer (Robert Mussche) in Ghent, Belgium. The writer’s life changes with the arrival of the child and, gradually, the events lead to an unexpected ending.

«A thrilling novel from the first line to the last. The vicissitudes of the young Belgian writer related to Basque war children, is a narrative tense, exemplary in its structure and that oozes authenticity.» El Correo

«Closely tied to the aesthetics of Emmanuel Carrère and J. M. Coetzee, Kirmen Uribe wanted to pay tribute to a friend soon disappeared, to whom it is addressed, almost in a whisper, the narrator of the novel, to tell a story of memory and emotional resistance.» Babelia, El País