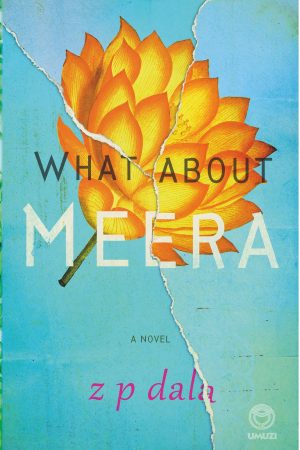 Dublin becomes a refuge for Meera when she flees her toxic marriage in South Africa. In this faraway city she starts a new life, working at a school for autistic children. But her psyche is damaged and she spirals into a doomed relationship with the father of one of the children. Their obsessive affair uncovers frightening truths about Meera’s childhood in rural KwaZulu-Natal.

Fuelled by alcohol and dark memories, Meera commits a horrifying act and is ostracised from the world where she thought she’d find happiness. To take control of her life she must stand up for what she believes is right – even if it means turning her back on the people she loves.

Vibrant, lyrical, and full of black humour, ZP Dala’s debut novel What About Meera is the story of a woman’s attempts to shape her own destiny, and evokes the streets of the Irish capital and the Indian community of Tongaat in rich detail.

Longlisted to the Etisalat Prize for Fiction 2015

"The publication of Durban author ZP Dala’s debut novel, What About Meera, has been overshadowed by the attack on the author by brainless thugs following her praise for the writing style of Salman Rushdie in a public forum. And that overshadowing is a pity, because her book deserves to stand on its own feet. (...) Telling of uncomfortable story thought-provoking and beautifully done." Margaret von Klemperer, Books Live South Africa