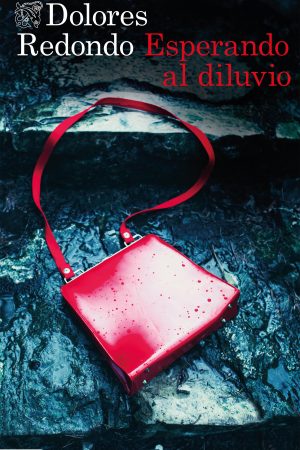 Waiting for the Flood

A brutal serial killer. A hunt until the last heartbeat. A city threatened by a flood.

Between 1968 and 1969, a serial killer known by the press as Bible John killed three young women in Glasgow. He was never identified, and the case remains unresolved to this day.

In 1983, Noah Scott Sherrington, a Scottish investigator, manages to get to Bible John… but, at the last moment, an unexpected heart failure hinders the arrest. Despite his fragile health, Noah follows a hunch that will lead him all the way to Bilbao, against his doctors’ advice and his superiors’ orders to cease the persecution. A few days later, a disastrous flood will destroy the city.

Dolores Redondo describes herself as a “writer of storms” and with this new novel, based on true events, she takes us to the epicenter of one of the biggest storms of the last century while she portrays a city in political and social turmoil. The novel is a tribute to work culture, full of nostalgia for a time in which radios were some of the few open windows to the world and, especially, to music. It is also a celebration of the comradeship of Basque groups of friends (cuadrillas) and to love stories that are born from a hunch.

Waiting for the Flood is a stunning work that takes readers from the most harrowing cruelty to a rekindled hope in humanity.