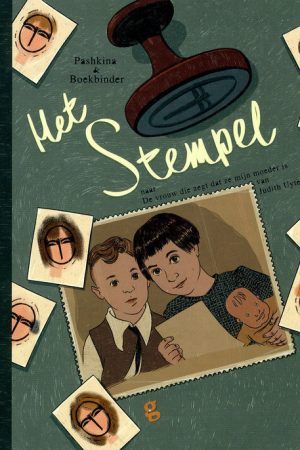 Judith is in the process of adopting a child, when her mother suddenly becomes gravely ill. On the eve of a life-threatening operation, she gives Judith a box of letters written by her own mother, Judith’s grandmother Bep Bloemendal. Written while Bep was imprisoned in a hospital in Rotterdam during WWII, these letters contain a dramatic family history that remained secret for decades.

As she reconstructs her family’s hidden past, she makes an unexpected discovery: for generations, the children in her family have lost their mother at a very young age and been raised by women who were not their biological parents. She thought that by adopting, she was doing something exceptional. In fact, she was following in the footsteps of her elders.

She finds herself pursuing the answer to a question that holds the key to four generations of her family’s experience: What does it mean to lose your mother at a very young age?

Inspired by this autobiographical story, James Boekbinder and Zhenya Pashkina have created a powerfully imaginative and detailed visualization of Judith’s double journey of discovery: of the uncertainties of adoption and of her family’s fate during the turbulent times in which they lived. They drew on a vast range of sources, from films and political posters to toys and ads, and not least, the sepia photographs and handwritten letters in which people long dead tell their stories.