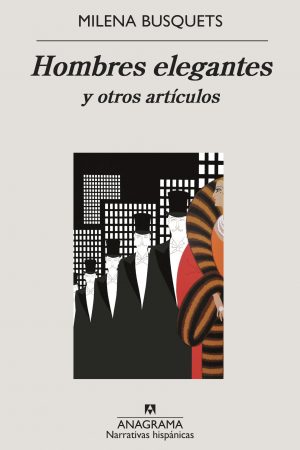 A collection of essays in which the reader will find texts that speak of the best swim of the summer; the perfect kiss; a spontaneous expedition to the island of Faro with a friend at the age of eighteen to meet the admired Ingmar Bergman (whom they could not even see); Ana María Moix at the butcher’s; the signs that indicate that autumn has arrived and the small details that announce that spring is about to appear; the loss of loved ones and children who become adolescents; the soap bubbles; the stories of Chekhov and Isak Dinesen; the inexhaustible world of Proust and the people who feel obliged to profess they have read it when in fact they have not, as it also happens with Don Quixote and so many other pretentious classics; Umberto Eco, with all his rich humanity, sitting on the sofa of his mother’s house; Barcelona and Cadaqués as scenarious of a life; the politics that irritate us and some politicians’ actions that remind us that they are also human; Ana María Matute and the novel with which she was reborn; boredom; dogs; friends; professors of the French Lyceum; the death of Leonard Cohen; the films of Woody Allen; the favorite character from Mary Poppins, a perhaps unorthodox definition of masculine elegance and a short list of elegant men…

The texts gathered here are snapshots, vignettes, sketches in a painter’s watercolor notebook. In them, a healthy frivolity and an acute capacity to unveil what is not obvious are intertwined without shame or excuses. They often deal with the quotidian, which at times may seem insignificant to the inattentive eye, and from it they extract a smile, a poetic nuance, an epiphany. These are texts in which one can, above all, witness the shrewd, fresh and groundbreaking perspective of a writer capable of reaching beyond the expected and foreseeable, one capable of turning the articles she writes into light, enigmatic and seductive literary filigree.