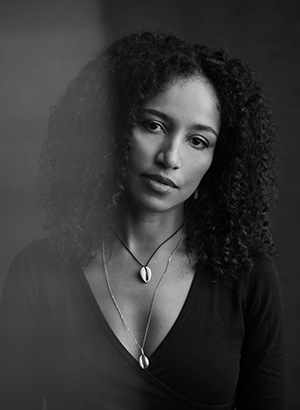 Minna Salami is a Nigerian, Finnish, and Swedish author, blogger, social critic, lecturer and international keynote speaker. She is the founder of the multiple award-winning blog, MsAfropolitan, which connects feminism with critical reflections on contemporary culture from an Africa-centered perspective.

Minna has spoken at hundreds of universities, cultural events and conferences in over five continents, and she has presented keynote talks at some of the world’s most prominent institutions such as the UN, EU, The Oxford Union, The Cambridge Union and The Singularity University at NASA. Her work is published in numerous publications including the Guardian, Al Jazeera, the Royal Society for the Arts, Channel 4, Independent, BBC and CNN. She has consulted governments on how to tackle sexual harassment and she has curated events at The Victoria & Albert Museum. Minna sits on the Advisory Board of The African Feminist Initiative at Pennsylvania State University and the Editorial Board of The Interdisciplinary Journal for the Study of the Sahel. She currently hosts a philosophy book discussion group at the celebrated Waterstones bookshop in London. She lives in London and is regularly in Lagos, where she was raised.