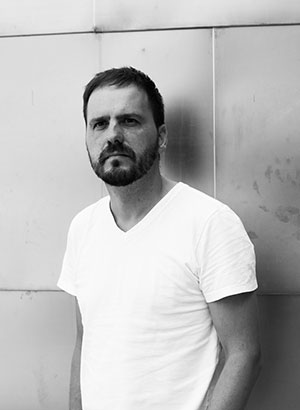 Kirmen Uribe (Ondarroa, Bizkaia, 1970) is one of the most relevant writers of his generation in Spain. Uribe graduated in Basque Philology in Vitoria and did postgraduate studies in Comparative Literature in Trento (Italy). His first important literary award (Becerro de Bengoa) was collected in 1995 for Lizardi eta erotismoa, when he was serving a sentence for being insubordinate and refusing to go to compulsory military service. In 2008 he published his first novel Bilbao-New York-Bilbao, which won the National Critics Award in Basque and the National Prize for Literature (Narrative), being the first time in history that a novel not written in Spanish had won this award. Kirmen Uribe writes for different outlets, including the prestigious magazine The New Yorker, and was a 2018-2019 Fellow of the Dorothy and Lewis B. Cullman Center for Scholars and Writers in the New York Public Library. He writes in Euskera (Basque) and lives in New York with his family.