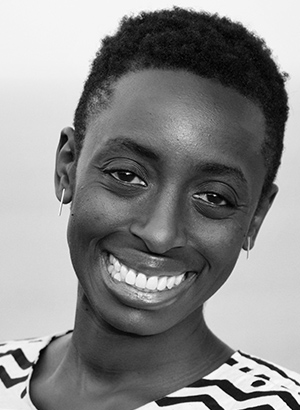 Ayesha Harruna Attah grew up in Accra, Ghana, and was educated at Mount Holyoke College, Columbia University, and New York University. She is the author of the Commonwealth Writers' Prize nominated Harmattan Rain, Saturday Shadows, The Hundred Wells of Salaga, currently translated into four languages and finalist of the William Saroyan Writing Prize, and the YA novel The Deep Blue Between. Her writing has appeared in the New York Times, New York Times Magazine, Elle Italia, Asymptote Magazine, and the 2010 Caine Prize Writers’ Anthology. Attah is an Instituto Sacatar Fellow and was awarded the 2016 Miles Morland Foundation Scholarship for non-fiction. She lives in Senegal.
High resolution photoWebsite