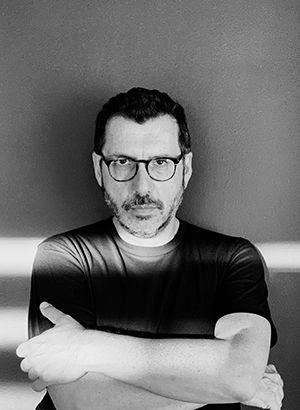 Alberto Fuguet was born in Santiago in 1964 but moved to Los Angeles with his parents when he was an infant. He grew up in suburban Encino, California, in the San Fernando Valley, until he returned to his native Chile under Pinochet´s regime when he was eleven years old. Fuguet learned Spanish quickly and stayed in tune with his first country through pop culture. He studied journalism, has been a film critic and has directed several movies. He is the author of more than a dozen books, including: Missing, a non-fiction book based on the US investigation into the disappearance of his uncle; Sudor, the erotic gay Grindr big city novel; and VHS, a coming-of-age memoir on the construction of a gay identity and the influence of 80s Hollywood movies.